NOTE : when you have clicked on an image it can be further enlarged by clicking again on the arrow box at the bottom r/h corner. To close the image simply click on it again. 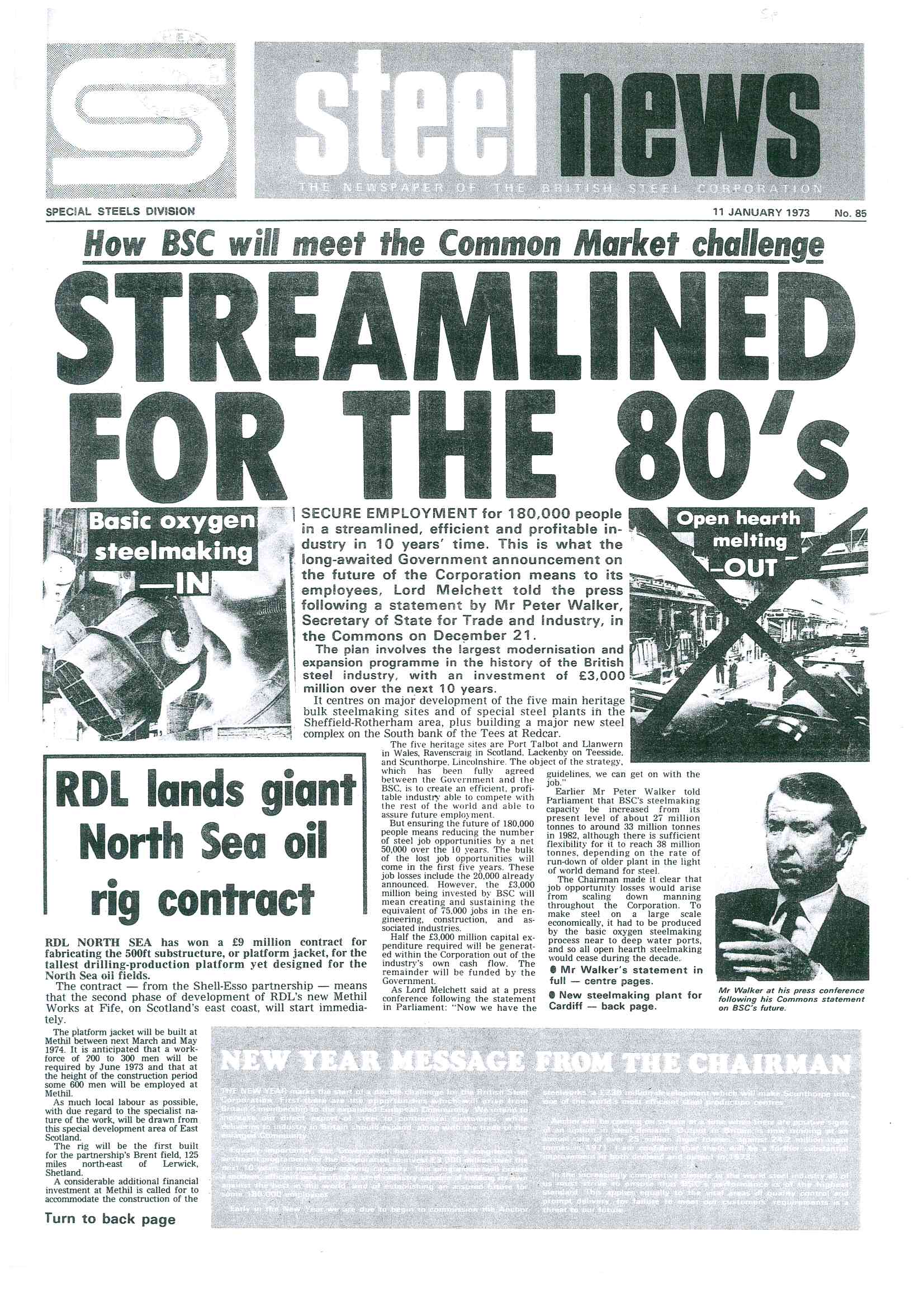 I remember this particular edition which spelt out the future for BSC, stating that open hearth steelmaking would cease. This confirmed fears and cast a further shadow over Bilston meaning that unless electric arc furnaces were installed the works would close. 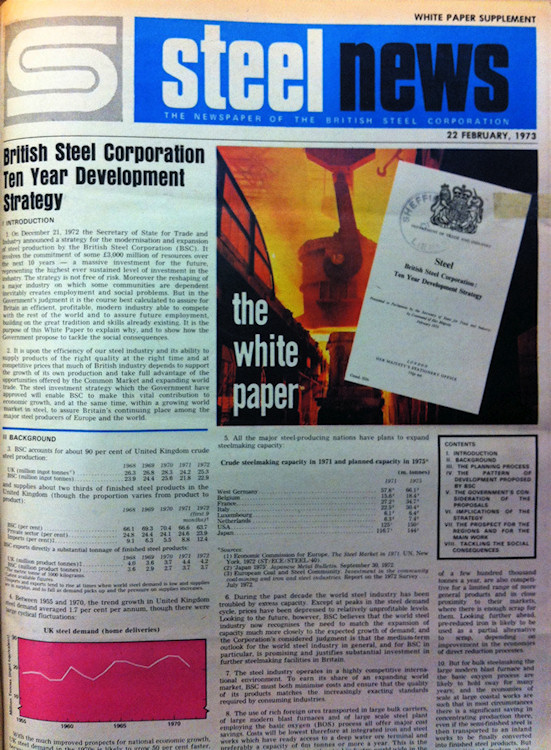 This edition followed on the heels of the January announcement going into the full details within the government white paper on BSC. 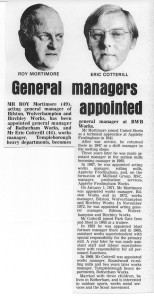 Roy Mortimore moved to Rotherham and Eric Cotterill arrived at Bilston. I remember this and rumours that Mr Cotterill had come to close the works even then… 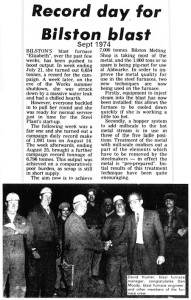 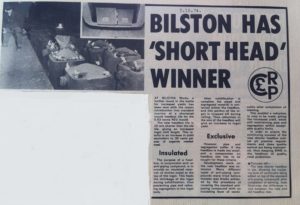 Bilston introduced ‘short head’ ingot practice to increase the size of ingot which provided a higher yield per ingot from the same cast quantity. 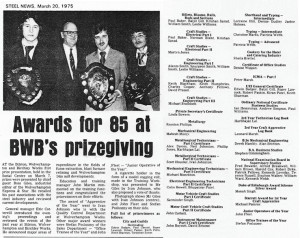 Good to see more names of employees. Fame at last ! (under ONC in Business Studies along with Ian Hemmings and Paul Williams). 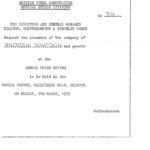 Not really ‘Steel News’ but here is my invite associated with the preceding article. 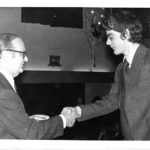 I receive my prize from Ross Giles, the Business Editor of the Express & Star, for passing my ONC (Ordinary National Certificate) in Business Studies taken an the Wulfrun College between 1972 and 1974. The suit was new and bought from John Collier (made to measure!) but I do not recall what the prize was ! 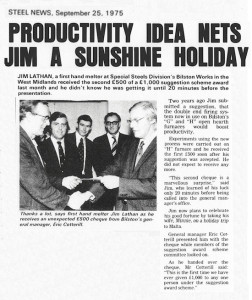 Here, First Hand (Leading) Melter Jim Latham (not Lathan) receives just reward for his double – end firing invention for the open hearth furnace. He discussed this with me several times during my forays into the melting shop – see ‘DIARY’. 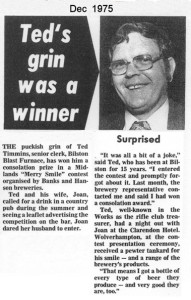 Here is an amusing article about Ted Timmins for whom I worked as a trainee in the Blast Furnace Office. He did have a distinctive chuckle…from time to time..! 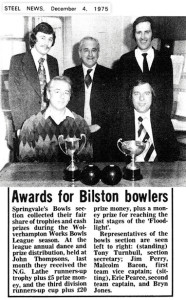 I worked with Tony Turnbull when I moved into Billet Sales in November 1977. Bryn Jones was Melting Shop Manager and Malcolm Bacon worked in Production Control.

When Eric Cotterill moved on within BSC, George Blakely arrived from Shefield Rolling Mills which had been absorbed into the Corporation.

Birchley works last few weeks. Birchley was located just off the large roundabout (Five Ways?) at the end of the Birmingham New Road. 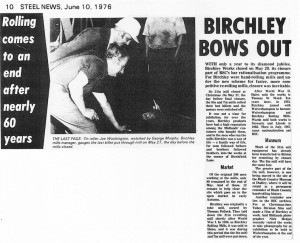 A sad article on the end of production at Birchley. 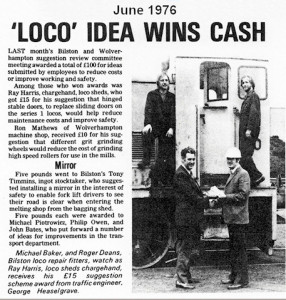 Life went on at Bilston and here the Locomotive Department wins a suggestion scheme award. 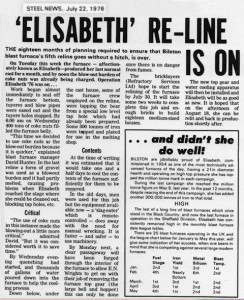 July 1976 – Elisabeth to get a Sixth Campaign

Here is the good news that Elisabeth would be re-lined. This was greeted with revived hope and appeared to ensure that the works would continue for at least another five or six years given the cost of relining the blast furnace – a major undertaking.

Christine Marks is perched on the roof of the training centre with a good view of Elisabeth (and Christine!). The buildings in view directly behind housed the Drawing Offices and Work Study Department and were on the right hand side of the main road into the works. 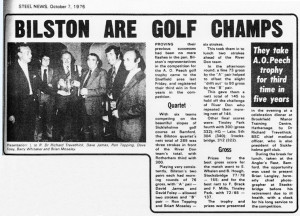 Bilston are winners again of the A.O. Peech (of Steel, Peech and Tozer – a pre-nationalisation steel company) Trophy… 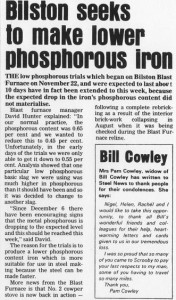 Attempts by David Hunter to reduce the phosphorous element in Elisabeth’s iron output in a bid to improve efficiency in the steelmaking process. 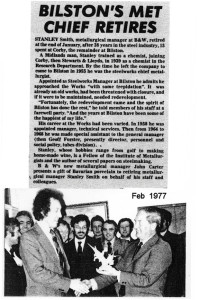 The presentation for Chief Metallurgist Stan Smith in February 1977. I recognise Wolverhampton Works Quality Manager, Brian Littleford on the extreme left hand side of the picture. 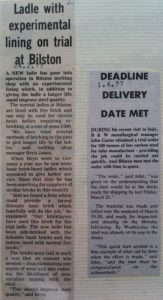 Bilston continued to improve steelmaking practice with new firebricks taking an idea from Germany – and won a good export order from Italy (Dalmine SpA – I remember it!). 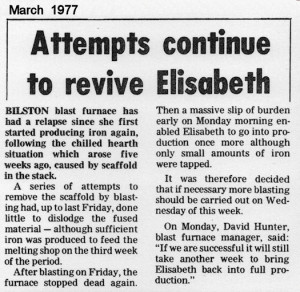 A difficult time for David Hunter and his team. A ‘Scaffold’ is when cold raw material sticks to the inside of the furnace and then builds up, effectively choking the process.

Looking to improve efficiency David Hunter calls in the BSC Labs to assist. 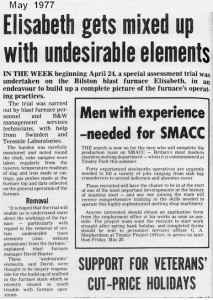 The work by the BSC Labs seems to have paid off… 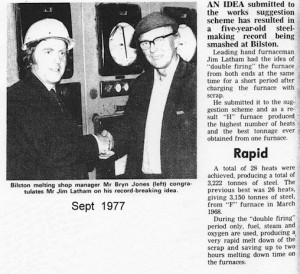 Elisabeth was never to recover from this break in production only 12 months from commencing her Sixth Campaign. 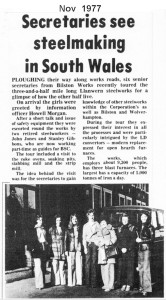 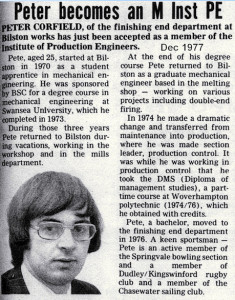 Peter was personable and clearly very capable. I remember he was a constant visitor in the Billet Sales office in the usual works apparel of white hard hat and spark proof jacket.

My only other claim to fame as Export Co-ordinator, a sales role reporting to the Head Office at The Ickles in Rotherham. To my right is my right hand man (literally) at Bilston finishing end, Export Stocktaker Percy Clark.