See below sales organisation structures for 1970 and 1976. 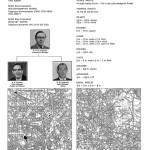 Sales organisation,1970. Mr A.R.(‘Tony’) Harrison was my ultimate boss when I worked in Export Billet Sales between 1977 and on leaving in April 1978. Mr Sedgwick had moved to external sales based out of BSC’s Birmingham sales office by the time I joined the Bar Sales department in 1974. 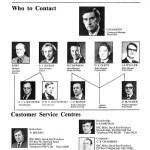 Now part of the Billet, Bar and Rod Products business group this shows the structure for bar products which only concerned Wolverhampton works (Bilston was billet). By this time Rotherham was firmly in control and to where Brian Fry had returned taking his ex-assistant David Guest (who was also a director of Severn Valley Railway). Barry Clarke, for whom I worked in Bar Sales from 1974 to 1977, is shown at bottom left.