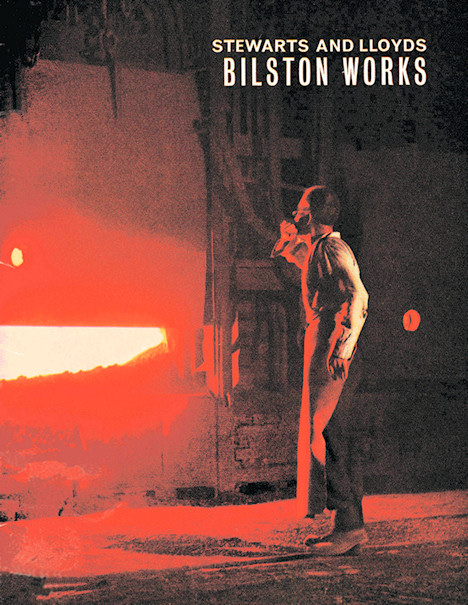 The railway line from the iron-side of the blast furnace curved gently across open ground and into the northern end of the melting shop. This entrance was simply almost the entire bottom half of the wall of the building removed, open to the elements. It was like walking into some gigantic, thunderous corrugated metal clad cavern… There was a distinctive humid sort of aroma that hit you on entering which I can only describe as that of ‘hot clay’ which was most likely from heated furnace and ladle refractory linings. As you entered the gloom you would turn left to see a long row of furnaces running the full length of the building (although difficult to fully discern) set up high on the right, in front of you would be the main thoroughfare with shafts of sunlight beaming down while various sirens would be sounding. On the left, trains of tall ingot moulds tower above you either waiting for teeming or already teemed and glowing cheek-burning red hot. Suspended in mid air from overhead cranes were the huge hooks used to lift the ladles of molten steel from the pits in front of the furnaces for the short transfer across to the teeming platforms.

Often referred to by furnacemen as the ‘Siemens department’ the melting shop contained seven, basic type, Siemens-Martin oil fired open hearth furnaces each identified by a letter. The first furnace from the north entrance was ‘G’ and was one of three relatively newer furnaces, installed in 1965, each with flat roofs of suspended chrome magnesite blocks and of 120 tonnes capacity. ‘G’ furnace’s sisters were ‘H’ (next door) and ‘F’, the last furnace at the southern end of the shop. In between were ‘B’, ‘C’, ‘D’ and ‘E’ furnaces, so the sequence was, north to south, G H B C D E F. Of these ‘B’ had originally been of a tilting type, now converted to conventional fixed layout. You could easily tell the older furnaces having an aged look about them and smaller doors, set lower down to the floor. Their capacities were also lower at about 100 tonnes.

To access the open hearth furnaces from the vast, open northern entrance you headed to the right side of the shop where metal steps led up to a landing while the railway line you were following curved to the right ending at the mixer bay containing two huge horizontal barrel type mixers each of 1,000 tonnes capacity holding molten iron, known as ‘hot metal’, from Elisabeth. Taking the steps up took you to a landing where scrap charging machines traversed along rails in front of each furnace. Behind the tracks for the charging machines and opposite each furnace were the furnace control panels which served as the base for the furnacemen and operatives.

The top of those north end steps brought me directly to one end of ‘G’ furnace and sticking out was one of its two burner ‘guns’ angled into the firebrick wall. The end of the gun had thick, hoses hanging down, wrapped in what was probably asbestos cloth. If this end of the furnace was firing the gun would be making a high pitched singing or whistling noise. Through these hoses oil and steam was being pumped under high pressure to mix, atomise and ignite at the end of the gun inside the furnace. The gun at each end of the furnace would be operated alternatively for about 30 minutes so with each changeover the heat stored in the firebrick ‘chequers’ or regeneration chambers under each end of the furnace would be recycled back. Switching over was performed by the furnaceman pulling a lever through about 120 degrees and the effect was quite spectacular, resulting in great clouds of red and brown smoke billowing out from the edges of the furnace doors. This indeed was ‘Dantes Inferno’…!

Watching out for roving charging machines I would cross to the control panel and watch the action from there. If scrap was being charged the furnaceman would be controlling the opening and closing of the three vertically opening doors, each held by two chains around which were wrapped hoses for water cooling while the charging machines traversed and swivelled, picking up filled oblong metal boxes of scrap at the end of a long arm, turning back to face the furnace before trundling forward, rotating and emptying their scrap boxes with a dull crash through 360 degrees into the blinding white-hot centre of the furnace to withdraw while the door closed rapidly after it. As I got to know the furnacemen they would happily let me open and close those doors. This was accomplished simply by pressing one button to raise the door and another one to lower it. Raising the door revealed an abolutely blinding white light. I had never seen anything so bright and never imagined that any light could be so intense. It was impossible to look at of course so I eventually secured a pair of dark blue glasses as used by the furnacemen. This would reveal a long jet of brilliant horizontal flame above a sea of boiling metal or an oddly shaped pile of scrap slowly being melted down.

The open hearth process produced steel from a mixture of scrap and molten iron from the blast furnace. Scrap was handled in a long and wide bay which ran parallel and opposite to the furnaces, behind the rows of control panels. In this bay long rectangular boxes were filled for the charging machines to pick up. The charging machines had a long arm which rotated horizontally to then slot into the box which would then be raised, swung back through 180 degrees to then travel along until positioned in front of the selected furnace door which would opened by the furnaceman. The upper deck of the charging machine would then move forward and the box entered the furnace to be rotated through 180 degrees emptying its contents accordingly. This process would be repeated until the furnace had been charged with its due amount of scrap. Molten iron from the blast furnace – known as ‘hot metal’ – would later be charged from a chute postioned at the middle door by a ladle suspended and tipped from a crane. The entire process was long, taking up to twelve hours or so before ready to cast.

I spent many hours watching from the landing. I very well recall talking to Jim Latham who explained at length his idea to reduce the time taken to produce a cast by firing both guns at the same time – so called ‘double end firing’. Jim won a prize for his suggestion – it was just a shame it came too late to save open hearth steelmaking in the UK in general and Bilston works in particular – see ‘Steel News’ section.

Outside, along the full length of the melting shop stood seven tall chimneys, Each served an open hearth furnace and a plume of red smoke would tell if the furnace was operating. Usually six out of the seven chimneys would be leaving its mark. Although it was a sad day when the works closed I can imagine the sighs of relief from those of long suffering who hung their clothes out to dry east of the works to have them coated in red dust. Now immortalised on the traffic island as a semi abstract sculpture each metal jacketed chimney was about 100 ft high and round in section. Every summer shutdown the chimneys would be repainted silver and looked fresh. I watched this entire repainting process in 1973 since the windows of the blast furnace office looked directly at them. Ted and I would marvel over workers suspended on ropes at giddy heights armed with buckets and brushes. At the start each chimney would have been reduced to a dull silver appearance but interupted at regular intervals – where there were joints – by a broad rust coloured band. This was a trademark of those chimneys. After repainting they looked new again, but it was never too long before the rust bands started to re-appear.

I often think that the now very rusty red looking sculpture on the traffic island should be given a coat of silver paint each year too. Then as the year wears on and those familiar square patches of rust appear at the seams perhaps it would more closely replicate the typical look of the originals…!

You may justifiably get the impression from all I have written that Bilston works was a very dangerous place – and it was – so you had to be careful. However BSC took safety very seriously and there were many safeguards in place to help prevent accidents including a printed handbook and full time works Safety Manager – John Parkes. There was also a quarterly magazine published by the British Iron and Steel Federation called “Safety” which was usually a very interesting read. Safety helmets were absolutely mandatory along with hearing protection, safety boots and spark proof jackets where applicable. Probably the only difference between then and today would be the absence of today’s ubiquitous high vis vest. However a hi-vis vest would not have helped you much if you wandered in front of a moving train of ladles or slipped down a metal staircase. You learned to be vigilant at all times. Probably the most hazardous zone in the entire works was that of the melting shop’s north-south ground level thoroughfare. It was rough ground covered in sand and dirt with lorries moving in and out to deliver materials or remove slag from the casting pits plus there were ever moving ingot and iron ladle trains – not to mention 100 tonne ladles of steel hovering overhead or nearby. Bilston’s melting shop was probably modernised a little too early or perhaps it was just not suitable which meant, unlike most other steelworks, there were no overhead walkways to avoid the dangers of the working areas.

The only fatal accident I recall took place, of all times, during the long summer shutdown weeks and occurred somewhere in the Melting Shop to a maintainence contractor. Ironically enough the works was at its most dangerous when idle and were strictly off limits during shutdown. Otherwise I do not remember any particularly serious accidents during my time at Bilston although furnacemen talked of hapless workers falling into ladles just as the furnace was casting or being dragged between rolls, I was never sure if these were true or not. The only ‘almost serious’ accident I recall occurred early one morning near the blast furnace as a train of freshly filled slag ladles passed a small workmen’s hut on its way out of the area (See diary 11 July 1973). Somehow the chain used to tip the ladle got pulled by the locomotive and the entire contents were dumped on the hut, completely incinerating it. Luckily, being early in the morning, no-one was inside but it could easily have been a tragedy. I remember passing by later the same morning – all that remained were two vertical pipes and taps for the hand wash basin.